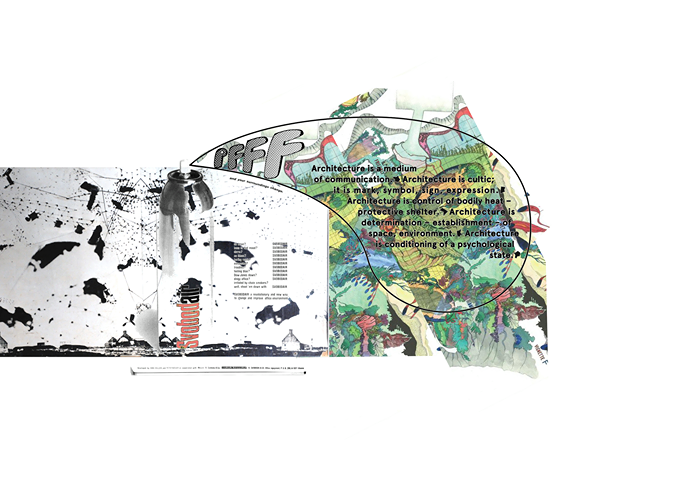 In our Master thesis we concern ourselves with the concept of nomadism in the architectural avant-garde, and their ideas can still show certain values in contemporary architecture. The goal is to understand the different aspects of this concept, coming up in certain discourses and groups in the 1960ies, how it became and is still part of the architectural discourse and why it will hold a relevance in architecture for future developments.

Starting with the architectural avant-gardes of 1960s and 70s nomadism became a recurring theme in contemporary architecture. In order to improve the living conditions at that time and to find new living spaces for future societies, the architects had to reject old, static forms of architecture and find forms of new building. The new spaces had to be flexible and changeable, constantly transforming themselves in order to adapt to an increasingly mobile society.

Based on the nomadic theory of the French philosophers Gilles Deleuze and Felix Guattari and our research on various nomadic designs from the 1960s and 1970s, we came to the conclusion that desire as a fuel for nomadic lifestyle set a process of architectural designs in motion, in which architecture as a static structure increasingly dissolved – until only the body and imagination remained.
Throughout her work the nomadic subject is seen as a figure to undermine old patterns and rethink ethics, the human body, … in terms of a constant transformation between different states of physical and metaphysical being.

To sum it up, nomadism is defined by movement, be it in the traditional sense as in the philosophical sense. This movement defines also many designs of avant-gardist architects of the 1960s, as they saw the nomad as a metaphorical figure to criticize the society, then best described in architecture by the living machines of the modernity. By integrating new technologies of the future in their project, they then also used nomadism as the possible solution for ridding society of the old patterns of the oedipal lifestyles of their fathers, which was defined by capitalism.
The research will analyse some of the nomadic projects of the avant-garde of the 1960ies and 70ies, and categorize them in order to understand better the idea behind it and how it can be pronounced in very different layers of nomadism in society and architecture. In the second part, the research will try to analyse what happened to the nomadic idea, and how contemporary architecture refers to it. The territory will be analysed in its different aspects as to create a link to contemporary projects.