I regard architecture as a sort of sophisticated bullshit – Peter Cook

In its second iteration, the “ArchiFicture” studio will once more speculate on the multiple and different ways in which architecture is being and can be addressed as a fictional discipline, in order to produce original architectural theories, narratives and fictions.

“ArchiFicture” is based on a starting assumption: architecture is really, very much a form of storytelling. Indeed, the relationship between architecture and fiction is old, and can be traced back to the very moment in which architects begun to imbue their projects with narratives, by means of visual and textual representation. So it was, just to make some examples, for modern architects and their relationship with the “machine”; so it was for post-moderns with their use of the past and pop culture; so it was in the late 20th Century with the fictionalization of digital culture; so it is everytime an architect intends to do more than just build.

After having worked with the idea of “future”, this year we will investigate how, from the second half of the 20th Century until today, architecture has been constantly – although not solely – reinvented by means of a small but powerful linguistic device: the prefix “Post-”, imported from the most disparate cultural spheres to question architecture as it is, and then (mis)used in order to invent new stories about what it should be.

Post-!, post-!, post-!…Post-Modern, Post-Human, Post-Critical, Post-Digital, Post-Media, Post-Democracy, Post-Industrial, Post-Truth, Post-Internet, Post-Photography, Post-Structuralism, Post-Capitalism, Post-Colonialism, Post-Accelerationism… these are examples of present and past “Post-narratives”, some of which will be analyzed and explained by the studio: not just to better understand them, but with the precise aim to play against them, reinvent them and recreate them by twisting their meaning, scopes and purposes.. 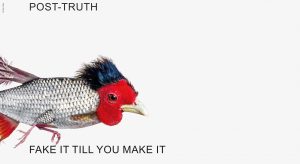 Probably, one of the most ancient questions in the world is the question of truth. 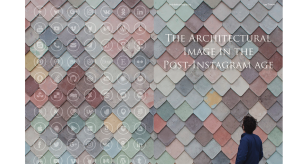