The central exhibition in this year’s Venice Biennale 2014, Elements of Architecture, shows how the elements of building—wall, floor, ceiling, window, door, lock, fireplace, etcetera—under influence of computing and the Internet slowly evolve to develop a memory and maybe even primitive forms of intelligence. This development is presented as a kind of collective strive, which remains forever unachieved or unfulfilled: a fragmentary universe of very concrete pieces of a Utopia or Dystopia we have forgotten to formulate, think through and evaluate. In the academic year 2014-2015, the studio work of architecturaltheory.eu will make an effort to do exactly this. The studio work will think through the architectural and urban implications of phenomena like pervasive computing, robotics and the Internet of things. We will investigate both the implications for organization and for aesthetics. In other words, we will develop what the great historian and theoretician Manfredo Tafuri called operative criticism, as an analysis of architecture that, instead of an abstract survey, has as its objective the planning of a precise poetical tendency, anticipated by its structures and derived from historical analyses. Tafuri was opposed to operative criticism, as it programmatically distorts historical analyses. We are however interested in the productive and creative potential of such readings. The results of the studio will therefore be speculative, maybe even bordering on paranoia or science fiction, but always based on real tendencies. As many of the technologies and devices we will be talking about are hidden in architectural elements or wireless and thus invisible by nature, an important part of the studio will be dedicated to making them visible and communicating their nature to a larger audience, in the form of books, lectures, videos and, at the end of the academic year, an exhibition—all made by the students. 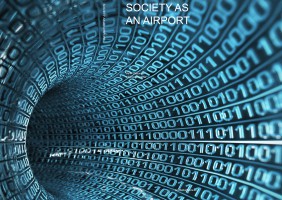 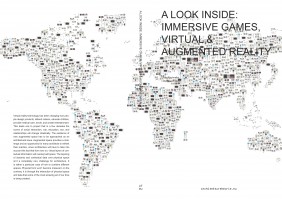