The term Hypnerotomachia comes from the history of literature. In 1499 an author named Francesco Colonna, whose identity remains mysterious to this day, published a novel entitled “Hypnerotomachia Poliphili”. This is a work that deals with a special kind of love dream – rather the struggle for love in a dream. In his dream, the main protagonist Poliphilo follows a path in which magical architecture and nature take on a special meaning.

In the Bachelorstudio 2019/2020, we deal with the dream of nature – whether it is our dream of nature in a world that is nowadays largely determined by humans, or the dream that architects have of designing a new nature, or finally the dreams of nature itself that it wants to realize.

The relationship to nature has a long tradition in architecture, which is reflected in architectural theory not only in many treatises but also in architectural design in general in countless plastic motifs, such as ornamental decorations or the floral decoration of capitals. However, the spectrum extends to all sorts of mythical human and animal figures, such as carariatydes, turtles, snakes, elephants, etc.

In the studio we will deal with this story, but above all we will develop speculative theories for the near future. In this future, not only texts but especially images and multimedia imaging processes (videos, 3D objects, etc.) on the Internet will play an important role. We will discuss different strategies and how to deal with them. The production of images, animations and 3D printed objects plays an equally important role in the studio as the production of images and the writing of texts. 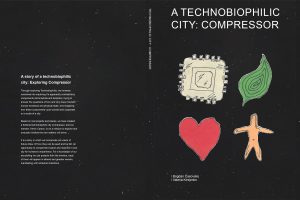 Our bachelor research was created as an opportunity to develop the idea of “taking the nature with us,‘‘ inspired by Sue Thomas, aiming to look into the co-evolution of physical and digital nature, both of which are being constantly replicated by humans. Wherever we go we always think of the natural world, in metaphors, as […] 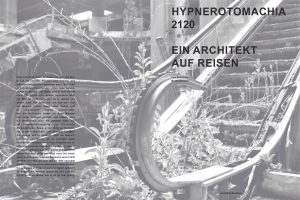 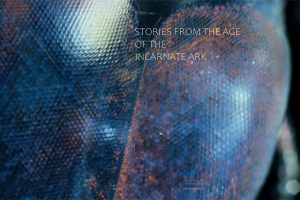 In the present study, three parts (Part I, Part II and Part III), ranging from research and reflections to fictional stories as part of a graphic novel, deal with the hypothetical development of modern society towards a hybrid society in the near and distant future. The final result of this work is a self-written and […]